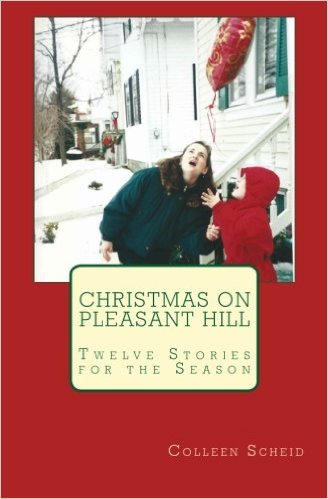 This is one  of twelve short stories from my book, “Christmas on Pleasant Hill”, available from Amazon. I wrote it for adults, but most of the stories are good material for families. One fourth grader borrowed it from me and read the whole thing to his five year old sister! It’s set in College Hill, a Cincinnati neighborhood, so it has an added appeal to locals. Here’s the cover story:

I'm a writer and actress living in Cincinnati, Ohio. I have books, church drama and a blog at colleenscheid.com, and I perform with Friends of the Groom Theater Company, at friendsofthegroom.org. I live with my husband Bill in a neighborhood of Cincinnati and we have three sons, all the best of men. I'm am involved at College Hill Presbyterian Church, chpc.org. View all posts by Colleen Scheid