Think of it as free health care. Who would guess that church attendance is good for both mental and physical health? Not running around the perimeter of a church, not climbing its tower – just regularly going to worship services, has shown itself in a whole body of research, to be really good for us. 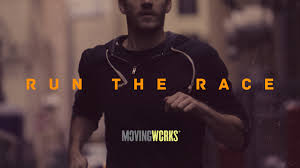 In one depression study, psychologists Rita Law and David Sbarra, studied the relationship between church attendance and mood disorders in older people, and found that church attendance protected this population from the development of depression. The study even corrected statistically for physical health and social support, since these are known to impact depression, and they still found significantly lower rates among the church attenders.

Going to church also correlated to lowered smoking and drinking rates, more physical exercise and more stable marriages, in a 30–year study of 2,600 people. The study also demonstrated that religious groups did not just attract people who already behaved in healthy ways; they helped create these behaviors.

I didn’t need to know about any of these studies to know that attending my church, has been good for my own health and that of others. College Hill Presbyterian in Cincinnati has had a powerful healing ministry for decades, and prayer is offered both during and after services. We have seen partial blindness disappear (the lady could read again), cancer tumors disappear, and an eating disorder loosen its grip, just to name a few.

In longer sessions with volunteer counselors, I have been substantially (not completely, alas) healed of depression. Less dramatic but just as important, I have observed that spending year after year in a community where people love and respect me has empowered me to make steady improvements in everything from diet and exercise to the capacity to forgive.  (I guess you could argue that I’d figure stuff out as I got older anyway, but you would be underestimating my former enslavement to self-destructive people, negative thinking, and chocolate.)

Many behavior studies are correlative; we observe that church attendance leads to better health but we don’t necessarily find out why. Social scientists theorize that it is the social support in churches that improves health, or the peer encouragement away from addictive behaviors and towards responsible, faithful action that does the trick. That only makes sense, but I would also point to the promise in James 5:16  that if we pray for each other we will be healed, and in 1 John 1:9 that if we confess our sins, we will be forgiven, and in Isaiah 40:31 that those who wait upon the Lord will renew their strength.

Good church services give us the space and help we need to pray for one another’s healing, to confess our sins, to wait on God. I have observed over and over that during the week after I have had to skip church, I am more tired and emotionally discouraged by Thursday night than during weeks when I go. It’s not that God abandons me if I bag church, but I have missed out on the joy and centering and renewal that come from gathering with people who are seeking God. Going to church literally gives me strength for the week ahead. Apparently, it’s good for my health in many other ways too.

I'm so grateful for the new Hermitage at The Springs retreat center- a beautiful little room overlooking the lake. A place to come and be alone with God for the day.
Last in my inspiring people series, a shout out to my lovely sister in law. Go to Colleen scheid.com
So glad to have a husband who goes to botanical gardens with me! Course I did a few battlefields too!
So glad my neighbor turned her front lawn into a prairie! Better for the bees too.
Watched Hamilton last night. Best music and lyrics ever, and wicked relevant right now.
Check out my latest inspiring person, Putty Putman, founder of the School of Kingdom Ministry at Colleenscheid.com.